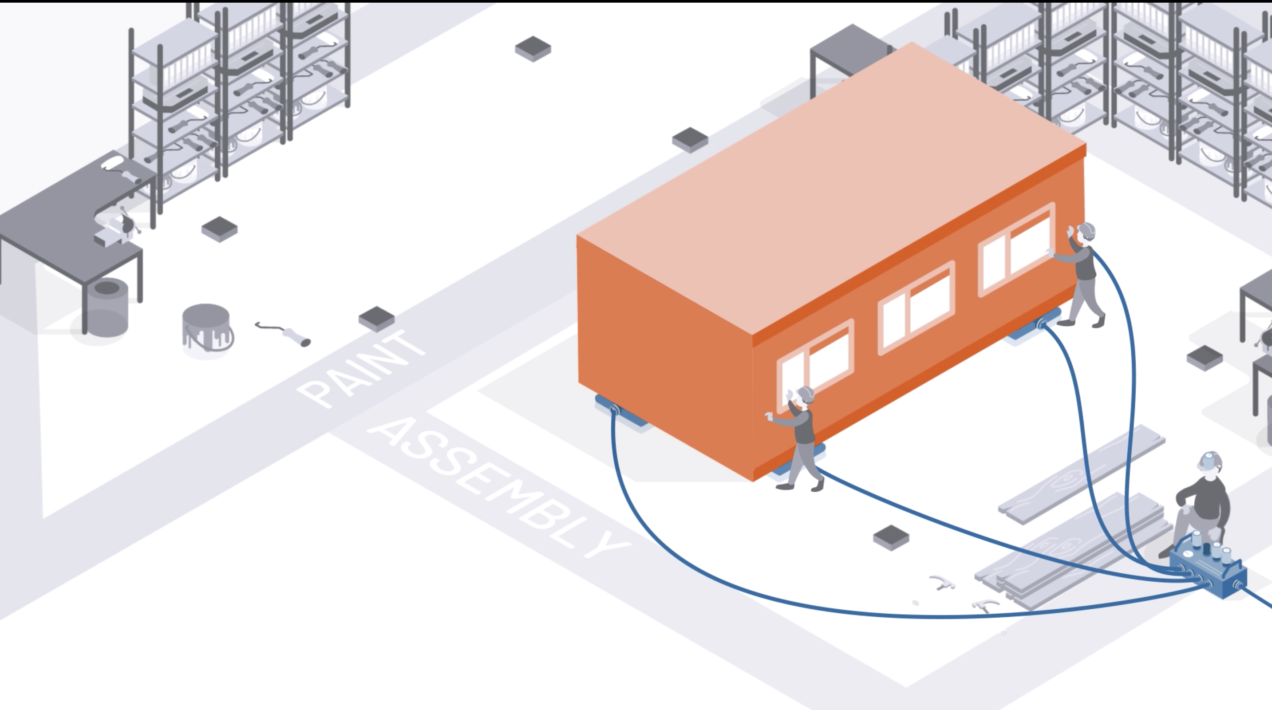 The transport principle of an air cushion system is similar to the movement of a hovercraft. Simply place the active parts (the air casters) underneath an object to lift the load and make it hover. There is no floor damage and because the friction is so low, you can move objects with only 1/1.000 of the force. The capacity per single air caster ranges from 100 to 40.000 kg’s.

The torus or bladder is made from polyurethane or neoprene rubber and both materials have their own advantages. Polyurethane’s biggest benefit is that it’s almost wear free, but the capacity is less than neoprene. Neoprene’s capacity is almost twice as big and the lift that can be generated is higher.

Durable and high grade materials are  the standard at Hover Transport Systems. We process the materials with our own precision machinery to create high quality products consistently. Furthermore, we invented a cost-effective production process which enables us to produce air cushion systems that are compatible with air cushion systems that are produced by other manufacturers. Our production process enables us to replace only the wearing parts. This can help you save up to 50% of costs in both purchasing and transport.

Moving heavy loads is needed in different kinds of situations. Our air cushion transport system ensures that you can transport your equipment in a safe, fast and simple way. 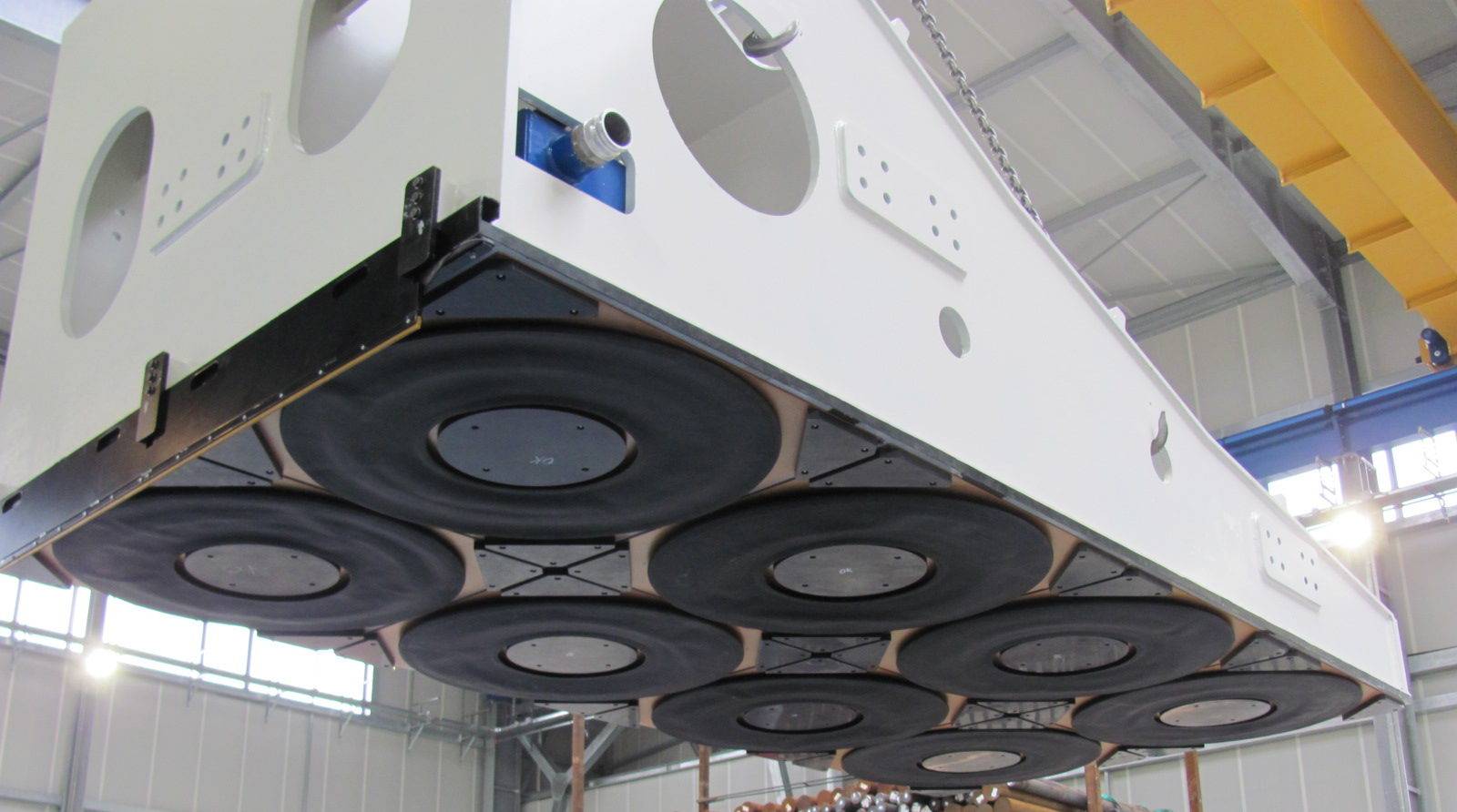 Do you need a custom made air cushion system?

At Hover Transport Systems we deliver custom made solutions to your needs. A few examples are roll transporters, mobile cranes, beams and transport platforms. Click the link below to fill out the request sheet and we will come back to you with a proposal.